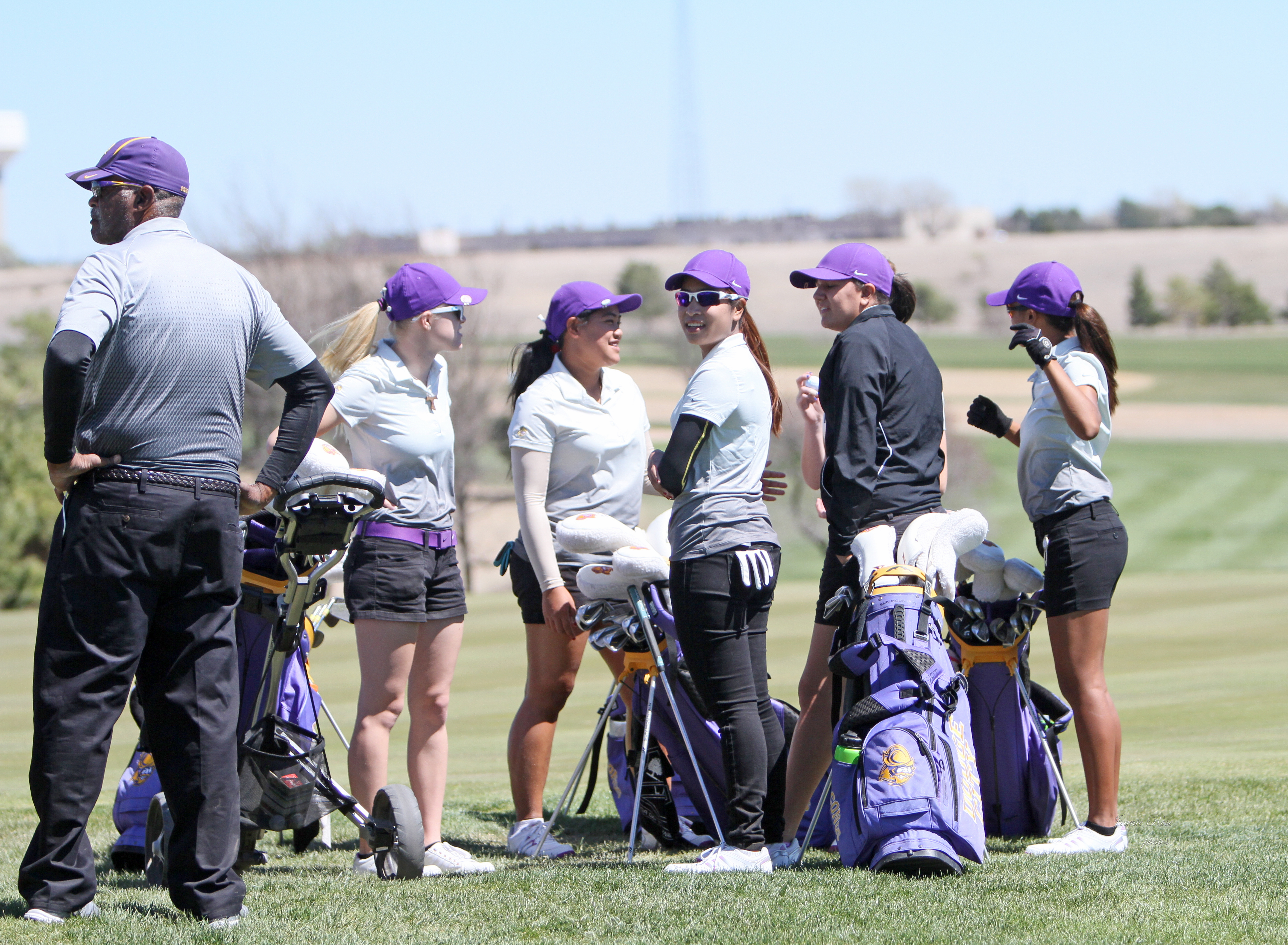 I am pleased to share with you the wisdom of NJCAA Women’s Golf Coach of Dodge City Community College, Ed Bethea.

Coach Ed Bethea has been the women’s golf coach at Dodge City Community College for 18 years.

The women’s program has seven Region VI championships, six KJCCC titles, and five NJCAA National Tournament All-Americans. There have been 10 players from the program to move on to various four-year women’s golf programs (NCAA Division I to NAIA).

Coach Bethea’s full bio is at the end of the interview.

I was surprised when I looked at your roster and saw two girls from Thailand and one from Chicago. When most people think about community colleges, they assume most kids will be local. How do you find players for your team? It would start sometime during junior year and usually after the state championship in October. If I’m interested in a player, I’d send a letter describing who I am a little history about the program and the college and what the cost would be and what our scholarship entails. Then I’ll call the recruit.

What can or should high school athletes do from their end to get on your radar screen? If a golfer player personally contacts you by phone or email, what will you do next?

They should try and play all the AGA tournaments, compete in USGA tournaments, or local tournaments. Uncle Jane’s Scramble’s do not count.  If a golfer contacts me by phone or email, I immediately send an email after which I call the golfer.

Athletes should consider NJCAA schools because of the size of the institutions. Most classrooms are small, and therefore better access to instructors and a greater opportunity to participate in their prospective sport. Most facilities and coaches are good, and the opportunity to be recruited to NCAA or NAIA level when two years of competing is done.

What kind of scores should men and women golfers be shooting to have a chance to play for an NJCAA school?

The one great myth about junior colleges are they are inferior, second class and lack of a talent pool, poor scheduling, lack of competition against top notched schools. The reality is the scores I think women golfers should have would be anywhere between low 70’to high 80’s, sometime low 90’s work only because it is usually the short game is what is causing the 90’s scores. Most coaches are now taking female golfers in the 90’s because of the lack female golfers, many four year schools are competing with junior colleges for females.

What are the yearly expectations in and out of season for an NJCAA golfer?

Yearly expectations in and out of season would be the willingness to practice and play year round, keep solid academic status 3.0 or better.

I have heard there are so many women’s golf spots and scholarships that girls should take up golf just to get a scholarship. Can you either confirm or expel the rumor?

Yes! There are opportunities to play and obtain a scholarship for golf, schools are in need of female golfers, colleges and universities are starting or filling programs each year. Finding females to fill scholarships are at a premium. Girls should take up golf and most are in high schools and junior golf programs.

Do NJCAA schools offer golf scholarships? Can you talk about in whatever detail you are comfortable what athletic scholarships are like on your roster?

Do college golfers have to pay for green fees and travel expenses? Is it different in season and out of season?

No! College golfers do not pay for green fees or any travel expenses, we cover all travel expenses, meals and lodgings on road trips. I have a budget for the season only. My players can use the golf course and range in and out of season, we only pick the driving range for golf course playing privilege.

How much coaching instruction is involved for collegiate golfers? Is it like working with an individual golf pro or do they mainly go out and play?

It would depend on the player, some require constant coaching and some possess some

knowledge of the swing. I would like for my golfers to try and correct problems themselves on the course. We do both play and get instruction.

Our school and programs try to prepare our athletes for the transition by offering core classes such as math, science, English, and history. The only questions students should ask would be will my classes graduate with me to a four-year institution of my choice.

You have had a long and successful career. Can you share a couple stories about former players? Specifically, how did competing as a college athlete impact their life after graduation?

Coach: Nic you think you can clear the hazard with your 5 iron?

Nic: No coach, I’m just going to place my ball in the drop area, not going to take a chance of losing my ball!

Back Story: My player Nicole Ronnebaum wasn’t very strong, when we started our season conditioning. She had difficulty lifting a 5lb weight, but she eventually graduated to 10lbs towards the end of the season so when she decided to use the drop area instead of hitting off the tee box, it caught me by surprise and I started to laugh. Nic was a great kid a very hard worker, she ended up playing at Ottawa University after leaving my program.

Story 2: Lina Baquero:   Lina was a golfer I recruited from Colombia, South America and thru CPOA. Lina had difficulty speaking English and passing our TOFFEL exam in order to succeed. The admissions department felt she would not survive at our college much Next, take a look Tuition and Student Debt are Rising.

Please take a moment to share it on social media, by clicking on the “sharing is caring” buttons below Coach Bethea’s profile.

Coach Ed Bethea has been the women’s golf Bethea began his career in golf as an assistant PGA professional at Alvamar Golf and Country Club and Orchard executive Golf Course in Lawrence, Kansas, under head professional Jerry Wilhite.

He then moved to Phoenix, Arizona, and served as an assistant to Gary Yost at University Driving Range before he joined the NGA Arizona Fall mini-tour Series 1981-82 and Spring NGA Texas mini-tour 1982.

From 1983-85 he worked at LB Houston Golf course in Dallas under head professional Mickey Carey and Leonard Jones at driving range and cart barn.

Bethea’s final PGA assignment was third assistant at Lake Arbor Golf & Country Club in Mitchellville, Maryland, for The American Golf Corporation and under head professional James Custer from 1986-87. His duties were: pro shop, carts, and range while also giving lessons along with other assistants.

The women’s program has seven Region VI championships, six KJCCC titles, five NJCAA National Tournament All-Americans, and 28 athletes to receive All-Region VI player awards. There have been 10 players from the program to move on to various four-year women’s golf programs (NCAA Division I to NAIA).